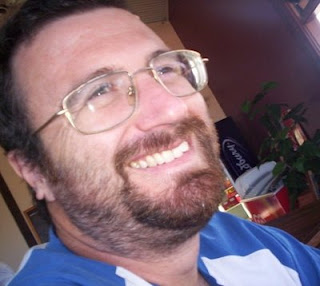 It’s a great little throwaway line—the last thing my wife said to me before sleep a few nights back, after one of those hilarious roller-coaster conversations where somewhere along the line the whole thing devolves into a contest to see who can one-up the other verbally until you’re both rolling around laughing your arses off as you reach ever-more ludicrous heights of whimsy. Maybe it’s just us. We seem to have them quite often. Maybe everyone else is curled up on the couch in their plaid dressing gowns eating from TV trays while they watch ‘Survivor Brother Loser Factor with Minor Stars on Ice’.

We live in a transmission dead spot and don’t get commercial TV. The pain of missing it is not killing us.

At its heart, though, is a game of chicken my wife and I play with reality every time we sit down to write. Yeah, we’re both writers. We point out typos in our kids’ school reports. Our party games suck. We mock cafes that advertise coffee’s and cake’s.

The sex is great. And grammatically correct.

When we write, there’s a constant battle between our imagination and the laws of the universe. It’s where the best stories lie in wait, like ambush predators for your mind—that point where the urge to lift off on Pegasus wings is confronted by the knowledge that any attempt to do so will tear those fragile little wings right out of shoulder sockets not designed to accommodate them. No way is a half-tonne animal flying on wings a decent-size wandering albatross would mock. You get that baby off the ground you’d better have a damn good explanation as to how.

I call it unicorn physics. Picture a unicorn. See that thin, pointy horn, precariously balanced atop a skull so obviously not engineered to hold it? One charge and that pretty little horn is going to snap right the hell off, no matter how many soft-focus fantasy writers will have you believe otherwise. That ain’t no rhino horn, bulging out of a heavy skull designed to run you down and fuck you up. Unicorn horns are for display and a little bit of face scratching come mating season and nothing more. Any novel that says otherwise has too many damn sparkles for my liking. I like grit and consequence, and diabetes-sweet pastel hand-wavery get-out-of-logic free cards make my teeth itch. If a gun is on the wall in the first act it must be taken down and used by the third, and it better not do something guns Just. Can’t. Do! or I’m going to get well-narked. 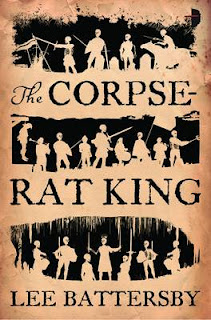 The greatest trick we pull as writers is persuading our readers to believe the lies we tell, and the best way to do that is to reward their disbelief. And the best way to do that is to drop a bit of reality into the fantasy: it’s the dirt beneath the perfectly groomed fingernails of the hero, the knots in Rapunzel’s hair, the stink of Aragorn’s breath, the despair in Wile. E. Coyote’s eyes. If I can’t walk down the shops on a summer day without sweating up a storm and needing a back massage when I get home, how am I supposed to believe a bunch of lazy-arse hobbits walking the length of Europe without a single rash where their corduroy rubs their thighs?

Good fantasy has consequences. Every action always has an opposite and equal reaction. Nothing exists in isolation: not in real life, not in literature. No world exists which cannot be measured, felt, smelled, tasted, heard — at least by those who dwell within it. The laws of physics, jungle, and common sense always apply.