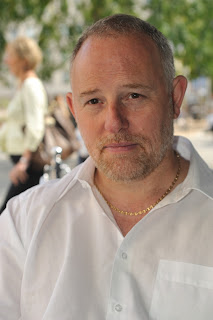 With the launch of Strangeness and Charm, I thought it would be fun to interview one of the characters and find out how Niall’s doing after the Road to Bedlam, with the adventures of the new book still to come. Of course, there is something circular about interviewing a character in your own head, and anyone with an aversion to multiple personality disorders should probably look away now. With that, I will invite Niall Petersen, protagonist of Sixty-One Nails, The Road to Bedlam, and now Strangeness and Charm, to come forward. 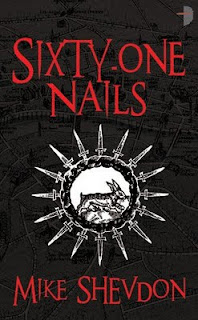 Niall: Who are you? Where is this place? Am I dreaming?

Shevdon: Yes, you could call this a dream. This place does not exist and I am not exactly here. Technically neither are you.

Niall: (Wandering around, touching the furniture, lifting things up and weighing them in his hand) Do I know you? Your voice sounds….familiar.

Shevdon: We’ve met before, many times, though you will not remember me. After this meeting you will forget all about this. You can say whatever you want. No-one you know will ever hear of it.

Niall: It’s strange. You’re telling the truth - I can hear it in your voice, but it doesn’t make any sense.

Shevdon: I’m in your head, or you’re in mine. Does that help? I wanted to ask how you’re doing?

Niall: Is Blackbird here? Can she hear this?

Shevdon: No, it’s just us. I thought we’d have a private chat. Well, almost private.

Niall: (Finally taking a seat) You know, I’ve seen some weird things in the last year, but this is really strange.

Shevdon: You’ll get used to it. You’ve got used to a lot of things over the past year, haven’t you?

Shevdon: How does it feel to be super-human?

Niall: Is that what you call it? I’m not sure that’s the term I would use.

Shevdon: Okay, what term would you use?

Niall: I’m not sure. The Feyre call it gifted - isn’t there something about accepting gifts from strangers?

Shevdon: Then how does it feel to be gifted?

Niall: It doesn’t feel like a gift, that’s for sure. More like a burden. Something to be carried.

Shevdon: So you feel like it’s holding you back?

Niall: No, I didn’t say that. If anything it’s dragging me forward, making me do things I don’t want to do. Some of the things I’ve done recently - I wouldn’t have contemplated….not even imagined myself doing them.

Niall: Only in self-defence, I swear. I haven’t killed anyone on purpose.

Niall: That was different.

Niall: They came at me. They started it. They got what they deserved.

Shevdon: That’s what I meant. You acted like a Warder. You judged them, and then you acted on that judgement.

Niall: You weren’t there. You don’t know what they were doing.

Shevdon: You’d be surprised what I know. You’ve done some good things too, though, haven’t you? You’ve made a difference?

Shevdon: I didn’t mean with Shelley. I meant you saved the world.

Niall: Did I? (Laughs ironically) No, I don’t think so. Postponed the inevitable maybe. That’s all.

Shevdon: You think the return of the Seventh Court is inevitable?

Niall: It’s not just them, though is it? You should have seen what they were doing at Porton Down. There was stuff going on down there that just shouldn’t be happening. I’m not naive enough to imagine that’s the only place they’re doing things like that. Genetics, nuclear, bio-weapons, something will get loose eventually, and it will all come crashing down. 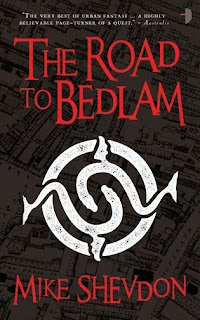 Shevdon: That seems like a very bleak view of the future. If you feel like that, why strive? Why risk yourself?

Niall: Someone has to, don’t they?

Shevdon: But why does it have to be you?

Niall: Because I’m the one that’s there. There isn’t anyone else. It’s just me. We come into the world in blood and tears and we leave the same way. Hopefully we leave it better than we found it. If we don’t, what’s the point?

Shevdon: You want to leave the world better than you found it. Is this for Alex? For your son?

Niall: Yeah, my son. How about that? (He smiles for the first time) I didn’t expect to be a father again, not at my age. And Blackbird’s doing well, thanks for asking. And Alex too, of course. A better world for her.

Niall: Alex? Traumatised…emotional. She dreams she’s back there, I know she does. I can hear her screaming before she wakes up, before she realises she’s awake and it’s dark.

Shevdon: Because it was never dark there.

Niall: It’s funny. When she was little she used to be afraid of the dark.

Shevdon: Are you afraid of the dark?

Shevdon: You don’t really believe that.

Niall: He’s a piece of work.

Shevdon: You’re quite alike, you know. In other circumstances….

Niall: We are not alike. We are quite, quite different.

Shevdon: If you say so. Do you think there are others like you? Other fey-humans with an affinity for the void?

Niall: It makes you wonder, doesn’t it? Has one of them being playing away from home? Is there a woman somewhere, or a man, come to that, who’s fallen for those charms? Hard to imagine.

Shevdon: I thought it could just happen randomly? I thought that’s why you are like you are?

Niall: That’s what they tell you. I don’t think they know. Not really. Something happened, that’s for sure.

Shevdon: And what about the others? Alex wasn’t the only one you set free from Porton Down. There were other half-fey down there, slipping away in the shadows.

Niall: You didn’t see it. I couldn’t leave them there.

Niall: For what it’s worth. Until they do something to upset the status quo, whereupon Garvin will send in the dogs.

Shevdon: You’re a Warder too, you know?

Niall: Yeah, well sometimes I don’t feel like one.

Shevdon: Can you save them? Is that what you want to do?

Niall: Maybe no-one can save them. Maybe they have to save themselves. 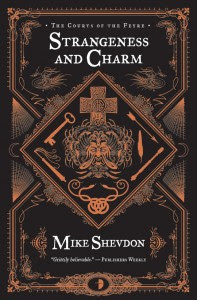 Shevdon: And what about you, Niall? Can you save yourself?

Niall: What do you mean by that?

Shevdon: Nothing. We’ll let that one pass.

Niall: No, hang on a minute. You know something don’t you? Who’ve you been talking to? Is it Blackbird? Kareesh?

Shevdon: We have to close now, Niall. I’m sending you back.

Shevdon: Thanks to Niall for sharing that moment with us. Maybe we’ll pick up again with him a little later. Right now he has his hands full, and it’s going to stay like that for a while. If you’d like to know how he gets on, pick up his adventurers in Strangeness and Charm, the third volume in the series, The Courts of the Feyre. Thanks for joining us.

Niall was right, it's not the monsters with teeth and claws you have to watch out for - it's the ones armed with MS Word. ;)

I enjoyed the interview, but I think it's probably a good thing that Niall isn't going to remember it...