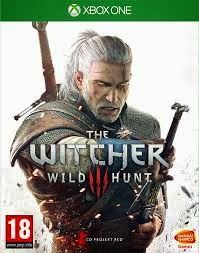 With Witcher 3 [set to be released] on 19 May in the UK, epic fantasy author Marc Turner looks at Skyrim and Dragon Age: Inquisition to determine the elements that go into making the ‘perfect’ fantasy RPG.

If I said the words ‘fantasy role-playing video game’ to you, which titles immediately spring to mind? For me, the two most enjoyable of recent years have been Skyrim and Dragon Age: Inquisition. Skyrim and DA:I set the standard by which Witcher 3 will be judged, so where did those two games go right and wrong, and how might Witcher 3 compare?

Everyone who enjoys fantasy likes to lose themselves in a new world. When it comes to role-playing game-worlds, size is important. I don’t have any statistics to back this up, but Skyrim’s world felt a lot bigger than DA:I’s. Skyrim is an ‘open world’ game, which means that you can go where you like, when you like, and choose how and when to approach missions. Set off in a random direction, and you’ll always find something interesting. Until it kills you, that is.

DA:I on the other hand is a bit more linear, in that the world is split into regions, and there are some areas you can only visit later in the game, either because they’re not available or because the enemies are so strong. Whilst you could never call the world in DA:I small, it doesn’t quite have the scope of Skyrim. In DA:I’s favour, you get more variety in landscape (from a forest to a bog to a desert). But I think it’s fair to say most people don’t play a game to admire the scenery, and I actually preferred the continuity of theme with the frozen tundra of Skyrim.

Witcher 3 is going to follow the Skyrim open-world model rather than the DA:I regional one. The world is going to be even bigger than Skyrim’s – around twenty per cent bigger, in fact. Developers claim it will take two hundred hours to complete everything in the game. Two hundred hours! But who needs sleep, right? With twenty-four hours in a day, you could be finished in just over a week . . .

In DA:I, the conversation of your companions can make travelling around so much more enjoyable. At key points in the story they give opinions on your decisions. From time to time they engage in banter. Sometimes it’s amusing, sometimes it’s informative, but it’s always entertaining – provided you pick the right followers to travel with, of course.

In Skyrim, by contrast, your companions are not so much people as walking pieces of furniture. They say next to nothing. For example, the contribution of your housecarl, Lydia, is generally limited to a warning of ‘I’ve got a bad a feeling about this’ just as a dozen giant spiders drop down from the ceiling. Thanks, Lydia, whatever would I do without your premonitions? That gave me a sense that I was really facing the world alone, but I liked that. I liked the emptiness and isolation of Skyrim. It made the game more dramatic, more menacing.

From what I’ve seen, Witcher 3 will again be following in Skyrim’s footsteps in that you’ll be spending most of your time alone. As to whether there are meaningful characters that you can team up with, only time will tell. 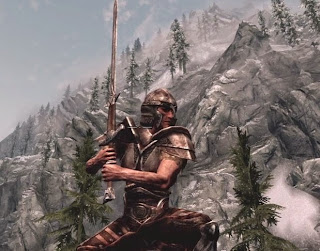 One of the aspects I liked about Skyrim was how much variation in gameplay you get from playing different character classes. The experience of playing as a two-handed warrior is completely unlike that of playing as, say, an assassin. And if you want to blend the classes a little, you can do. Sword in one hand and spell in the other? No problem.

On the other hand, I thought the combat in DA:I was far more enjoyable, especially the dragon fights. In Skyrim, when you reach a certain level, killing a dragon is no more taxing than drawing your sword. In DA:I, it’s far more challenging (even if one or two of the character classes are overpowered). You need to choose the right companions and the right tactics – and it can still go horribly wrong.

Plus the dragons in DA:I ‘feel’ more real. In Skyrim the dragons just stand there and slug it out with you, whereas in DA:I the dragons will flinch when you land a powerful hit, swat you with their legs and tail, and so on. In DA:I, a dragon fight is an epic encounter. In Skyrim, it can become little more than a nuisance.

What will Witcher 3 offer? No dragons for a start, I think. On the plus side, though, there will be a huge array of monsters, and it’s said that when you go hunting them you have to pay attention to what time of day it is and even to the weather. That suggests a complexity of gameplay that is very far from the ‘hack and slash’ found in some titles.

Another aspect in which DA:I surpassed Skyrim for me was the story. I thought Skyrim’s main storyline was one of the weakest parts of the game. A story should end with a bang. The tension should build, the stakes should mount, and the final confrontation should be the most thrilling and challenging part of the game. In Skyrim, it wasn’t. The bad guy went out with a whimper. Victory cost you nothing. And in the aftermath, life pretty much went on exactly as it had done before. ‘Oh, so you saved the world, did you? Now go and fetch me ten of these herbs.’

Many of the same charges could be levelled at DA:I, I suppose, but at least there were a couple of epic moments along the way. Like the fight to save Haven, for example, and the time when you find Skyhold in the mountains and are appointed as Inquisitor.

As to what Witcher 3 will deliver, we will have to wait and see. It certainly seems to have all the right ingredients for a great storyline: a main character with supernatural abilities; a backdrop of war; a quest to eliminate a powerful enemy called the Wild Hunt. But those ingredients by themselves are not enough. It’s what the game-makers do with them that counts. Great worldbuilding only takes you so far. A great story will make the difference between a fun game and a memorable one.

What I have heard about Witcher 3, though, is that it is said to have thirty-six different ending variations. The one you get depends on the choices you make in the game. So I guess if I’m not happy with the ending, I’ll only have myself to blame . . . 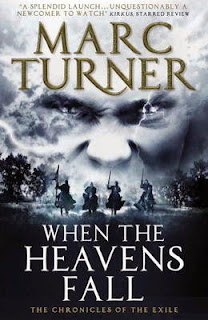 Marc Turner was born in Canada, but grew up in England. His first epic fantasy novel, When the Heavens Fall, is published by Tor in the US and Titan in the UK. You can see a video trailer for the book here and read a short story set in the world of the novel here. The short story has also been narrated by Emma Newman of Tea and Jeopardy fame, and you can listen to it free here. Marc can be found on Twitter at @MarcJTurner and at his website.
Posted by Falcata Times at 09:00