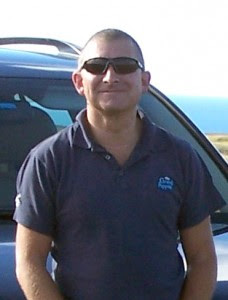 Released by Angry Robot. Whilst we never had the pleasure of interviewing him, we wanted to carry a tribute to this author. As such we can think of no better way than to carry his publishers tribute:

"It is with a heavy heart that we heard this morning about the death of Colin Harvey. He had a stroke on Monday morning, and did not recover.

I first met Colin at NewCon in Northampton, as I was just starting to get Angry Robot off the ground. We’d got talking about nothing in particular, as you do at SF conventions, but once he’d sniffed out I was not only a possible publisher but also open to pitches, he went for it with gusto. I bought two novels off him in quick succession – Winter Song and the still-in-progress Damage Time – and the former was included in our launch line-up in July 2009, the second novel last October. His writing was an unusual mix of traditional SF tropes – crashed spaceship, decaying city – but written with almost total focus on the characters of the people caught up in such events.

Colin hadn’t just come from nowhere, however. He had made frequent story sales in the usual venues, and had a trio of titles out through small presses in the UK and US. He had a natural enthusiasm for SF in all its forms too – he was part of the team organising the blossoming Bristolcon, and ran regular blogs and interviews across his and several other websites. He was a cheery presence on the UK SF scene, and we shall miss him terribly. Our thoughts and condolences go to his wife, Kate. — Marc"


If you wish to leave your own memories to him please do so at the Angry Robot Blog here.