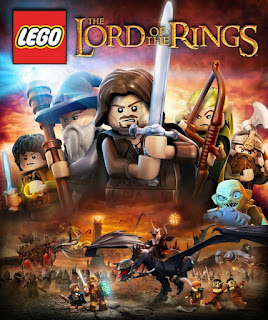 Hail Mighty Readers and Followers of the Calloused Thumbs,
Our friends at Warner Brother Interactive have sent us the latest Developer V-Blog for Lego Lord of the Rings.

As you'll see from the V-Blog, its not only brought the humour of lego to the screen but also brought all the might alongside pomp of the three films that younger players may not have seen before.

Currently we're fighting a losing battle to hold off the Nephew led Uruk Hai insurrection to intercept this title upon landing.  So beware, don't let young eye's view or it won't be just us fighting them off with improvised candy whips.

So without further ado, the first diary:


We hope that you're looking forward to this as much as we are and its not much longer to wait with a release date of the 2nd November for the following formats:
DS
3DS
PSV
PS3
Wii
PC
Xbox 360.
Posted by Falcata Times at 18:01