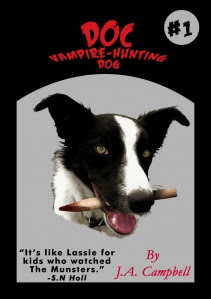 Hail Mighty Readers,
Our friends over at Rabid Readers are holding a spectacular competition where you can win two, yes that's two top authors who are friends of us here at Falcata Times.

Here are the relative book blurbs for both the authors and their respective titles and all you have to do is enter is link directly to Rabid Readers competition on your own blog or FB page and leave a comment on the page.

Doc the Vampire Hunting Dog - Julie Campbell
Doc is a Border Collie who hunts vampires with his human, Kevin. In this adventure they face their first fight and their most dangerous foe. It’s man’s best friend vs. his worst enemy… 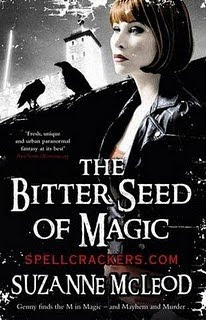 A Bitter Seed of Magic - Suzanne McLeod
On the surface, Genny's life seems ripple-free right now. Finn, her sexy boss and -- well, Genny's not sure what else she wants him to be -- has stopped pushing for a decision on their relationship. The seductive vampire Malik al-Khan has vanished back into the shadows. And the witches have declared her no longer a threat. But unless Genny can find a way to break the fertility curse afflicting London's fae, she knows this is just the lull before the magical storm.
Then a faeling -- a teenage girl -- is fished out of the River Thames, dead and bound with magic, and Genny is called into investigate. As she digs through the clues, her search takes a sinister and dangerous turn, exposing age-old secrets that might be better left buried. Then another faeling disappears, and Genny finds herself in a race against time to save the faeling and stop the curse from claiming its next victim -- herself!

So best of luck to everyone,


Gareth
Posted by Falcata Times at 11:52

Email ThisBlogThis!Share to TwitterShare to FacebookShare to Pinterest
Labels: Competition

woohoo! my first entry. Thanks for entering.

I absolutely love both of the writers' work. They both have a great way with words, dialog and characters. Want everyone to experience both novels. :)