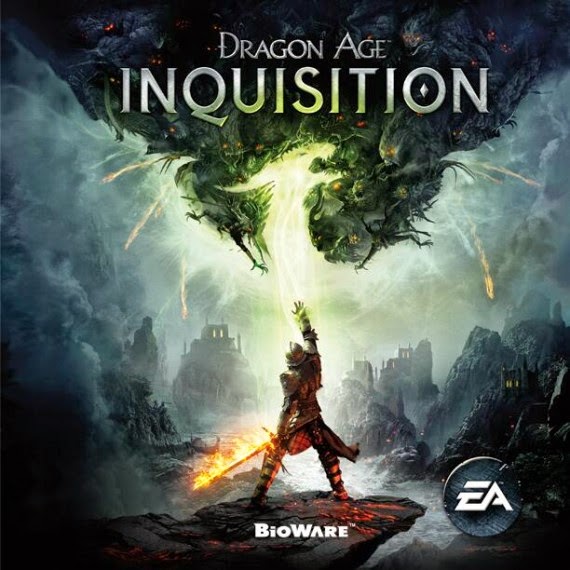 Hail Mighty Readers and Followers of the Calloused Thumbs,
We were so excisted when we heard about Dragon Age: Inquisitions release that we had a hard time holding on for a couple of days just so that we could make sure that we had as much information alongside trailers for you.

After all lets face it, if like us you've played the series since its first release (multiple times) you'll be chomping at the bit to see what Bioware has in store for us in the latest incarnation.

Here's what Bioware has had to say:
"The epic role-playing series from BioWare takes a thrilling leap forward with the power of Frostbite 3. Beautiful vistas and incredible new possibilities await you. Ready yourself for Dragon Age: Inquisition.

A cataclysmic event plunges the land of Thedas into turmoil. Dragons darken the sky, casting a shadow of terror over a once-peaceful kingdom. Mages break into all-out war against the oppressive Templars. Nations rise against one another. It falls to you and your allies to restore order as you lead the Inquisition and hunt down the agents of chaos.
BioWare’s latest action-adventure delivers an unparalleled story set in a vast, changeable landscape. Explore hidden caves, defeat truly monumental creatures, and shape the world around you based on your unique play style.
Explore, lead, and battle: Tough choices define your experience, and even one decision can change the course of what's to come.

We can't wait to get to the battlefield and hope to hear of others adventures,