GUEST BLOG: 1066 and the Battle of Hastings - Justin Hill 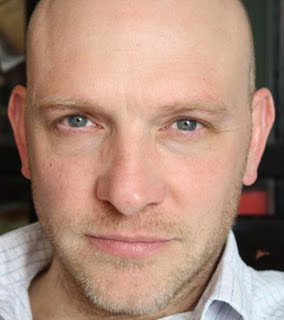 1066 and the Battle of Hastings. If you know nothing else about English history, chances are you know this date. It’s the one true epic tale of English history: Harold Godwinson’s oath to William, how he seized the throne and got the arrow in the eye at Hastings, where Harold’s punishment is complete.

It’s a fabulous tale: repeated today in pubs, between families, in history programs on the BBC, in novels, and books. It’s a perfect medieval morality tale: the ambitious King Harold who reaches too far, breaks his oaths and suffers the ultimate punished.

What else is there to know about this climactic battle? Well, the first thing to know is that the dark art of spinning is not new. The version we know was written by the Normans, and like all victors, they are trying to justify their claims. And the story we know is not what really happened.

Histories of this time involve a certain amount of working out the missing pieces, but specialists and academics have long been working out a much more probable version of this story. It’s a much more interesting story than the ‘myth’ we’re told, and it starts with that other great conquest of England, that happens 50 years earlier and which no one has ever heard of, the Danish conquest of 1016.

Tolkien has always been a great influence for me. As a professor of Anglo Saxon he was drawn to this period and the language. The Rohirrim and their language are clearly based on mounted Anglo Saxons, and his original idea for the Middle East stories was to recreate the mythology of England that was lost during the Norman invasion. (England is one of the few countries to have no native mythology: the Norman’s needed a new myth for their new country, and put together an jumble of stories from Brittany, Wales and created a new mythology, of King Arthur, where the English – the Saxons – are the baddies!)

I had less lofty aspirations than the invention of a whole world, and simply wanted to reclaim the lost history. As the great English epic, it seems that now, a thousand years after the events, we should learn the way things probably happened. Or at least, set the record a little straighter.

The first thing that I discovered was that there were three great battles in 1066, not two. The third one happened about 3 miles from where I went to school, at Fulford Gate, in York, and until ten years ago I’d never heard of it!

Chances are you haven’t either. You probably didn’t know Harold Godwinson was half-Danish. That he was the second son of Earl Godwin. That far from being a lowly pretender, he had Danish and Swedish kings as grandparents, or that far from being the inevitable doom of an old fashioned Anglo Saxon elite, each general in 1066 won their first battle and lost their second, and William the Conqueror happened to be the only one who didn’t have to fight twice.

My original idea was to put this missing battle of Fulford Gate into its proper context. It would be a short novel about 1066. Yet the more I looked at the threads that culminated in the Norman Conquest, it was clear that this was no simple story. The tale really began fifty years earlier during the reign of Ethelred the Unready. And all the seminal figures of the nations of Britain - Brian Boru in Ireland, a Llewellyn who united the Welsh; Macbeth, Kenneth, Duncan, and all the Shakespeare crew in Scotland; Ethelred, Knut, William, and Harold Godwinson in England – were involved in some way. Who knew, for example, that Harold’s loss at Hastings was due to Macbeth?

And there was my challenge: to write a series of novels that brought them all together.

This subject matter was quite a departure for me. I’d written before mostly about modern China and Africa, so I thought about what kind of book I wanted this to be. As an avid reader of fantasy and sci fi fiction, I wanted to bring the best of that writing into my own. I went back to Tolkien, Brooks, Julian May, and Gemmell, and looked at how they wrote their stories – and like all of them, wanted my book to be a page-turner. 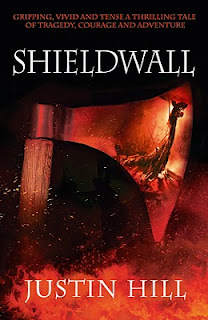 When I was a boy my dad gave me Alfred Duggan’s King of Athelney, and the way that fiction impacts us, Duggan’s Alfred has remained my Alfred ever since. If I want to understand Alfred’s challenges and struggles, I go back to that novel.

I’d like the Conquest Series to be something akin to that: so that when kids ask their fathers what happened in 1066, they can give them these books and say: ‘Here you go, read this.’

Thank you so much for this guest blog.

It was that convincing that I bought a digital copy of SHIELDWALL today.

I know why it is worth to visit Falcata Times regularly.

Thanks for this - it was a really interesting take on that period of history. I'd always assumed that the 'facts' around 1066 were well established. Discovering another interpretation by reading a novel sounds great, and there's obviously plenty of material to base a gripping story on. Should be an excellent read.

The Battle of Hastings! Although I'm a Yank and many of us are (sadly) not steeped in history - particularly that of other countries, I'm certainly aware of this one and its importance.

And actually, there was an interesting article just awhile back surrounding the actual location of where the battle took place. It was in the DailyMail (yes, I look at it - there are some pretty cool science and history and similar stories once one gets past the requisite tawdry tabloid tales):