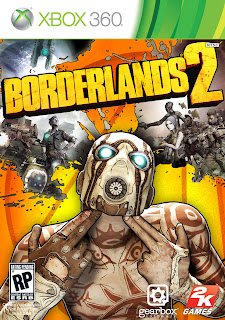 Hail Mighty Readers and Followers of the Calloused Thumbs,
Our friends at Take 2 Interactive have let us know about the latest advert for the latest game in the Borderlands cult franchise.
Its got guns, big guns and of course ridiculously huge guns.  Add to this a whole host of characters to play, quirky beasts to slay as well as some really cool vehicles but all with the capacity to slay.
It looks like our sort of game, and with Lady Eleanor being all ready to go Guns Blazing, its definitely going to be something that she'll be getting a blast (or rather blasting) from.
So for your amusement, here is the trailer thats got us so excited:
Hope you look forward to this as much as we are and remember, if you happen to see us coming at ya online prepare for glory or failure with Lady Eleanors outright charging, whilst I snipe on her behalf.
Borderlands 2 is available on the 21st September for the following formats:
PC
Xbox 360
Playstation 3 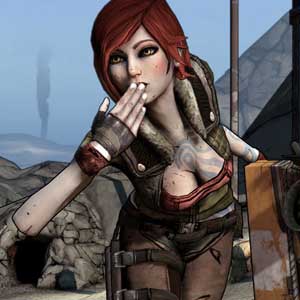 Product Description:
Borderlands 2 furthers the distinct blending of First Person Shooter and Role Playing genres to create the true evolution of the Role Playing Shooter. Team up with up to three other players for four-player online goodness or go old-school with two-player split-screen couch sharing mayhem as you spend hours leveling up your character and equipping them with one of the millions of badass weapons. Borderlands 2 features a new visually stunning array of procedurally generated guns, shields, grenades, artifacts, enemies and more. Choose one of the four new character classes to be taken through a carefully crafted and connected story to all new and surprising environments across the living planet of Pandora. Make new friends, arm them to the teeth and fight alongside them on your relentless quest for revenge and redemption.
Features:
Posted by Falcata Times at 13:49

When I was twelve I dreamt of playing games like this - and now they are a reality, and now I'm old...

Has anyone done a scientific study og how human reaction time decreases with age?