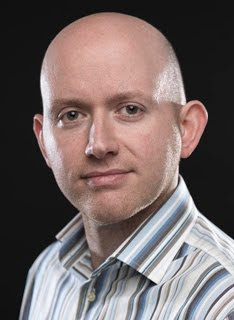 I hope it’s not giving too much away to reveal that not many of the characters from The Siege return for the second Agent of Rome novel. In The Imperial Banner, Cassius Corbulo finds himself investigating a conspiracy that threatens a peace treaty between Rome and Persia, and encountering numerous colourful characters along the way.

I don’t want to disclose anything about the most important of them – Indavara – because readers will meet him on the very first page, but another significant figure is Aulus Celatus Abascantius, Cassius’s superior in the Imperial Security Service. Abascantius is a man who better represents what historical sources tell us about Rome’s “agents” than the dilettante Cassius. Ruthless and cunning, Abascantius knows the secrets of all the most powerful men in Syria, and has spent decades watching them for his spymasters in the capital. Referred to throughout the province as “Pitface” (on account of his pock-marked features) the agent hopes to exploit Cassius’s breeding, charm and intelligence as he despatches him to the desert city of Palmyra to begin his investigation. 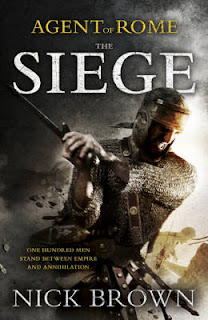 Once there, Cassius meets an even more powerful man: Oppius Junius Venator, Roman aristocrat and prefect of the Fourth Legion. Hailing from an immensely rich and influential family, Venator commands five thousand men and is effectively guarantor of the Empire’s eastern border. Like most in his position, the prematurely white-haired Venator is pursuing a career in the Senate, and has to balance the demands of the army with the whims of the local governor and the emperor himself. Though he does his best to help, this apparently cultured, urbane man soon reveals a brutal side that shocks the inexperienced Cassius.

Venator’s second-in-command is Legion Quartermaster Lollius. As the ancient equivalent of a regimental sergeant-major, this twenty-five year veteran treats Cassius with suspicion and disdain. Seeing the Security Service as a shadowy organisation populated by men lacking the honour and courage for the legions, Lollius must be won over if he is to provide Cassius with the cooperation he desperately needs. 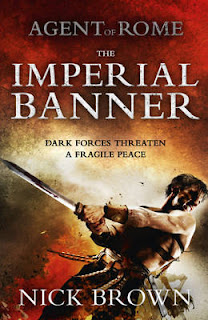 A more willing collaborator is Simo, Cassius’s Gaulish servant, who has remained in his employ for the two years since the siege of Alauran. A kind-hearted man and skilled medic, Simo finds himself returning to Antioch, city of his birth. Whilst always providing unwavering support for his master, Simo must deal with his own challenges when his father is arrested and imprisoned by the Roman authorities.

Also thrown into the mix are Palmyran brigands, female agents, cultists, slaves, a general, a procurator, a governor, a marshal and two emperors. With only Simo and Indavara by his side, Cassius certainly has his work cut out as he races against time to recover the imperial banner.
Posted by Falcata Times at 08:30