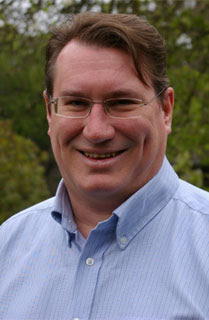 The Dark Knight Rises has been on my mind of late. Even before the horrific shootings of scores of people in that cinema in Colorado, the Hollywood hype-machine had made sure that I was very aware of the release of the new movie. Everywhere I looked I saw images of Bruce Wayne’s rubber-clad alter ego and it started me off on a chain of thought about superheroes, in general, and Batman, in particular.

The idea of the superhero is a very old one, stretching back to Ancient Greece – Hercules, Perseus, Theseus, etc – but it occurred to me that the genesis of Batman is more recent; indeed, the prototype of Batman is clearly the medieval knight.

It’s right there in the name of the movie, of course, and in his alliterative nickname, the Caped Crusader, but we also have other indications that Batman is actually a modern, idealised version of a 12th-century knight. He is a man of wealth and property, who wears state-of-the-art armour that makes him virtually invincible to his foes, and who’s “job” it is to go out and fight against the enemies of his society – just like a knight of old. Batman even has an expensive “war horse” in his Batmobile, and a loyal squire in the shape of Robin, the Boy Wonder. Furthermore, he lives in a great big castle – Wayne Manor.

The 12th century had its own heroes, of course, not just fighting knights, but super-knights, braver, stronger, more successful than all the others – and they were flesh-and-blood people, rather than characters from a comic book. One such was Richard the Lionheart – the superhero of his age, you might argue.

Even during his lifetime, Richard was accorded almost mythical status by his subjects, by his peers – and even by his enemies. Legends sprang up around him, as fantastical as any Batman storyline – for example, he was said to be descended from a demoness called Melusine; he was also said to have earned his bellicose nickname by fighting a lion with his bare hands and reaching down its throat and ripping out its beating heart.

And while many of the stories about him are clearly untrue, the truth itself is sometimes almost more dramatic than fiction. I discovered some of the tales about King Richard as a child, and I have been fascinated by him ever since – which is one of the reason why I have set my series of Robin Hood novels during his reign. I wanted to make the Lionheart one of the major characters in the Outlaw Chronicles – if not actually the hero, then perhaps, the superhero of my stories.

To give you a flavour of the kind of heroics Richard was capable of let’s go to Limassol, Cyprus in May 1191. The Emperor of Cyprus, Isaac Comnenus, has insulted Richard’s bride-to-be by refusing to give her water and food after she has been shipwrecked. The Lionheart is understandably miffed. Isaac has 2,000 men lined up behind a makeshift barricade on the beach in a very strongly held position. Richard embarks about three hundred men (including Welsh archers) into small boats from his fleet and charges ashore. After a fierce hand-to-hand fight on the sand they put the Emperor’s men to flight. Isaac Comnenus retreats ten miles, as night is falling, where he is reinforced with thousands more of his loyal troops. He goes to bed in his pavilion secure in the knowledge that Richard can do nothing – he has only landed a very few horses and can do no more until dawn. However the Lionheart has different ideas. He mounts fifty knights and leads a difficult night attack on Isaac’s encampment. He sows panic in an army of (perhaps) three thousand men, seizes Comnenus’s royal standard, and once more puts the Emperor to flight. A month later he has conquered the whole island of Cyprus and has the Emperor as his prisoner bound in silver chains. (This story is told in more detail in my second novel Holy Warrior.)

There are dozens of examples from the history books of Richard behaving in this apparently reckless, but decidedly heroic fashion. At Arsuf (September 1191), Richard at the head of his heavy Christian knights smashed the victorious Saracen army of the great Saladin in an afternoon. In Normandy, at the Battle of Gisors (September 1198), Richard and a scratch force of fifty knights took on a French army six or seven times their numbers and shattered them in a couple of devastating cavalry charges (as told in Warlord, my latest novel).

Yet King Richard has not always been seen as a superhero – in fact, for the past hundred years scholars have even questioned whether he was a good guy at all. The historian Michael Markowski writing in the Journal of Medieval History in 1997, said of the Lionheart: “He was no hero – but a man who merely wanted to fight hand-to-hand for ever.” Some distinguished scholars even claim he was a bad king because he spent very little time in England (six months) during his ten-year reign and, instead, went gallivanting off on the Third Crusade and other military adventures.

I don’t agree. And he certainly wasn’t considered a bad king by his subjects. It’s difficult for us to understand the mindset of the Middle Ages – the religious fervour, the apparent indifference to human suffering and death. But we can be reasonably sure that to the folk of the 12th century, the Third Crusade was the right thing to do. It was noble, it was honorable, it was what God wanted. Jerusalem, the holy city, had been captured by the Saracens. King Richard was doing good knightly work in trying to recover it; like Batman, he was fighting the good fight against society’s enemies.

However, I think the most telling testament to Richard comes not from his friends, or from sycophantic courtiers, but from one of his enemies. Ibn Al-Athir, one of the finest Islamic historians, made this judgement on Richard: “His cunning, courage, energy and patience made him the most remarkable man of his time.” 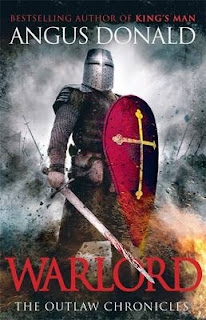 Warlord, by Angus Donald, the fourth novel in the Outlaw Chronicles series is available from bookshops and online

For more about Angus Donald’s books go to www.angus-donald.com
Posted by Falcata Times at 08:30